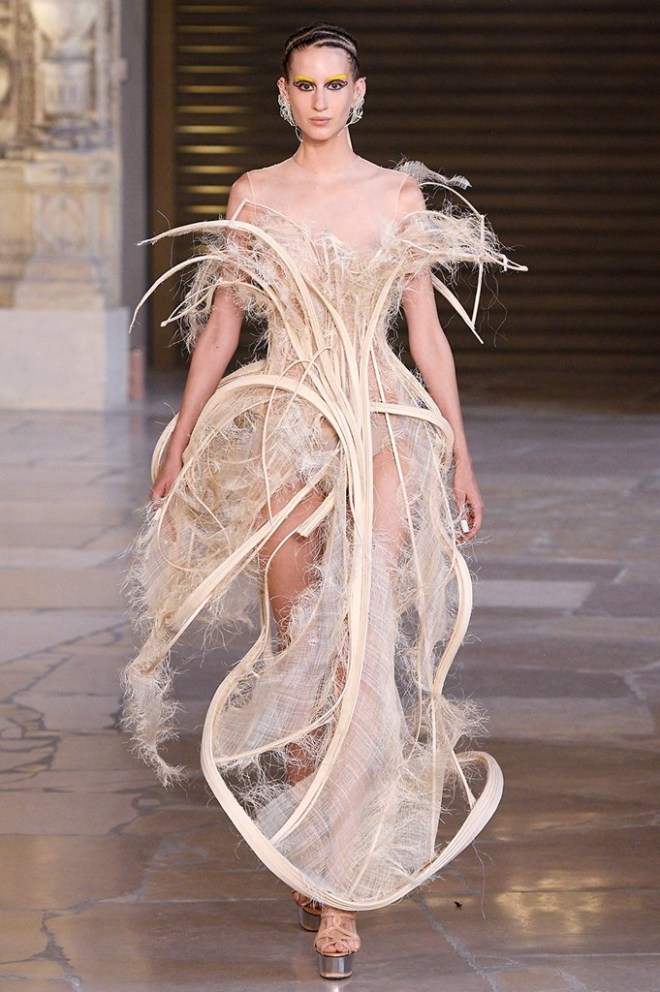 For over 20 years, she has been dressing celebrities, distinguished ladies, royalty and political elite who turn to her for show-stopping, magnificent creations when they want to look beautiful and stand out from the crowd.

A modern messenger of her cultural heritage, Guo Pei has breathed new life into embroidery and painting traditions that date back thousands of years. Showcasing the finest of traditional Chinese craftsmanship while incorporating contemporary innovation and Western style, Guo Pei is a passionate artisan who wants to evoke people’s emotions and inspire people through her art. 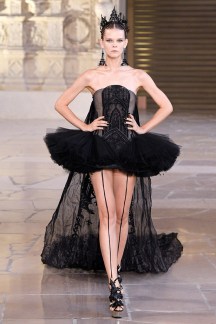 In the world of Guo Pei, fabric, shape and texture resonate with meaning. Inspired by fairy tales, legends and even military history, every creation tells a story and is a canvas for artistic expression, bringing beauty, romance and the designer’s imagination to life. They tell the stories which paintings and embroidery have conveyed throughout the centuries.

ORIGINS OF A COUTURIER

Guo Pei’s lifelong passion for couture is deeply rooted in her childhood dream: an aspiration to perfection, born from the contemplation of beauty. Born in 1967, she started sewing when she was two years old, and quickly developed a passion for dressmaking. In 1986, she graduated at the top of her class from the Beijing School of Industrial Fashion Design, and spent the next 10 years designing for major manufacturers.

In 1997 she launched her own label and atelier, Rose Studio, where she has been passing on her savoir-faire to a new generation of embroiderers. Today, she employs nearly 500 skilled artisans dedicated to producing her stunning creations, some of which can take thousands of hours and up to two years to complete.

As Guo Pei’s reputation for high-quality, bespoke designs has grown, so has her influence. From daywear for successful businesswomen, to elegant gowns for the red carpet, to elaborate wedding gowns, or costumes for films, the 2008 Beijing Olympics and the annual CCTV New Year’s gala, Guo Pei is one of China’s most prolific designers. 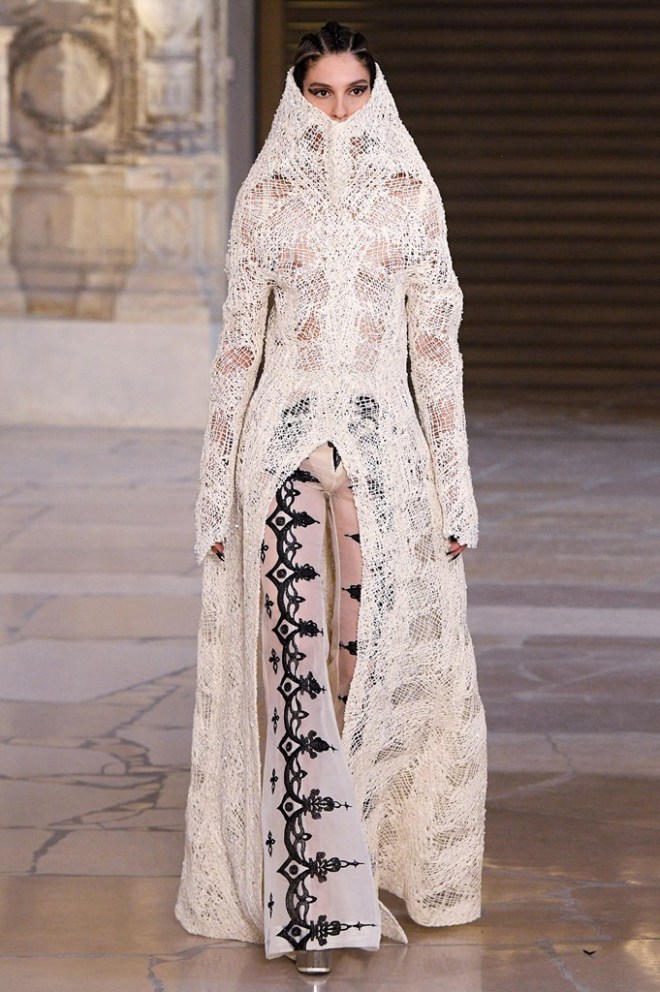 FROM BEIJING TO PARIS

2015 marked a major turning point for Guo Pei, when the pop singer Rihanna chose to wear one of her designs to the Met Gala, inaugurating the museum’s “China: Through the Looking Glass” exhibition, in which Guo’s works were shown. In July 2015, she held her first solo exhibition at the Musée des Arts Décoratifs in Paris; she followed that with a sold-out collaborative makeup collection with MAC. Later that year, Guo was honored to become an invited member of the Chambre Syndicale de la Haute Couture, the chief governing body of the high-fashion industry, allowing her to show on the Paris Haute Couture Week calendar.

Guo made her Paris Haute Couture debut in January 2016, unveiling her “Courtyard” collection to wide critical acclaim. In the same year, she was also named one of TIME magazine’s 100 Most Influential People and one of the Business of Fashion’s 500 most influential people shaping the global fashion industry.

With a new studio on the prestigious Rue Saint Honoré in Paris, and the launch of an eponymous brand, Guo Pei, the future holds exciting possibilities.